Are you from out of town?
We can help you!

We can help you get organized when traveling to Monterrey for a procedure
at our clinic, this way you can enjoy what the city has to offer. Many airlines
offer direct flights to Monterrey’s International Airport from the United
States, Canada and Europe´s major cities.
Our staff will help you coordinate every detail so your experience
surpasses your expectations. They will gladly recommend hotels,
premium shopping malls, make reservations for the best restaurants
and of course, arrange the appointment with Dr. Ruiz Treviño.
Upon request, we can provide information for private nurses,
hair care, makeup, and individualized beauty evaluation
for both patients and their companions. Monterrey, the city of mountains, is Mexico’s third largest city. Yet it is the most modern one, is home to Latin America’s best university, has the highest level of education, income, best private healthcare system and is well known for its hard working people. The human warmth of its people is unique among any other mayor city in the country, and most importantly, despite being a modern metropolis it is safe for tourists and residents.

Upon your arrival to Monterrey you will be surprised on how much this city has to offer. The more you get to know the city, the more you will love it, its people, its premium shopping malls, its gastronomy, and its luxury. Once it is time to depart you will surely want to return with us.

We are located in the heart of San Pedro Garza García,
near the most luxurious malls and dining venues of the city. 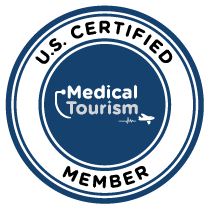